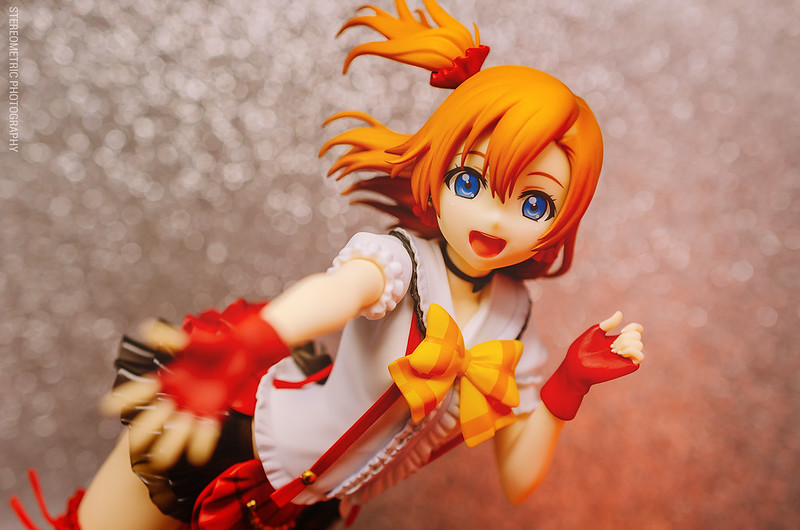 If you’ve been following me on Twitter and Facebook, you’ve probably seen some behind the scenes photos of my latest projects! I’ve been experimenting around with some glitter paper backgrounds! I bought these a while back during a Michael’s scrapbook sale (it’s a good time to get supplies for your dioramas) I know a lot of idol groups use glittery backgrounds during their photoshoots or music videos so why not the same for figures? And scrapbook paper is the perfect size for almost all scale figures! 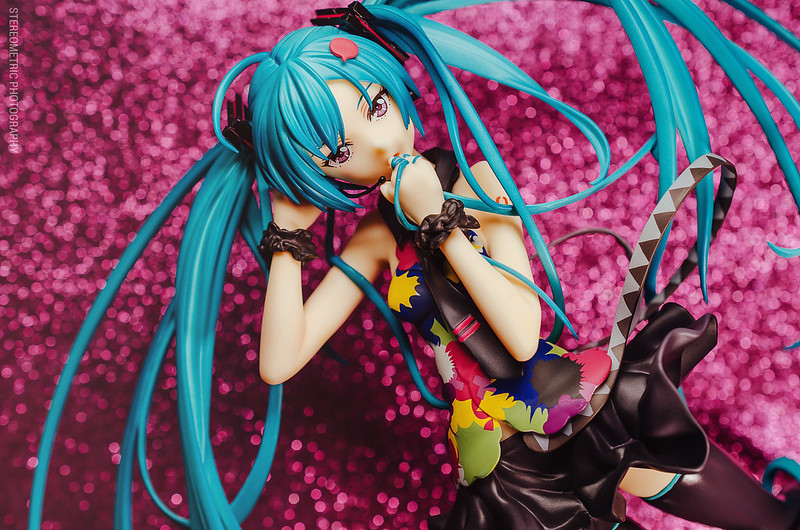 Earlier this month I experimented with World is Mine Miku as well as Lat-type Miku! 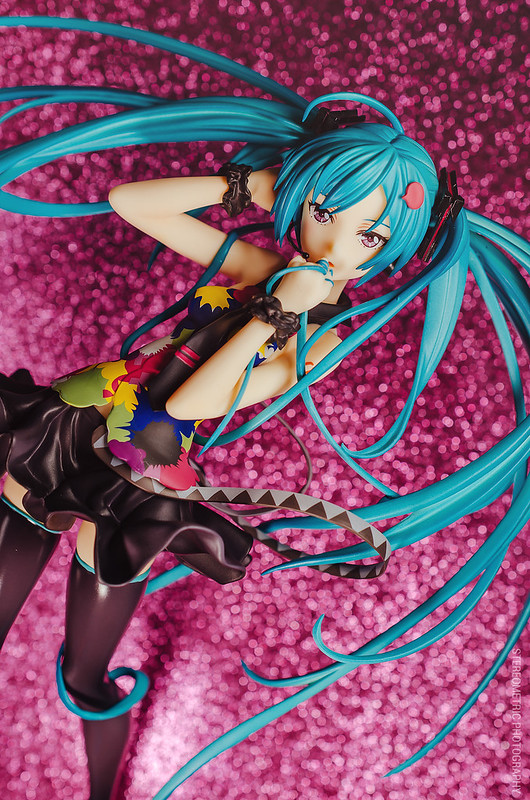 While the the glitter background is really pretty, I think they’re suited for specific kinds of figures… like characters from Idol series. 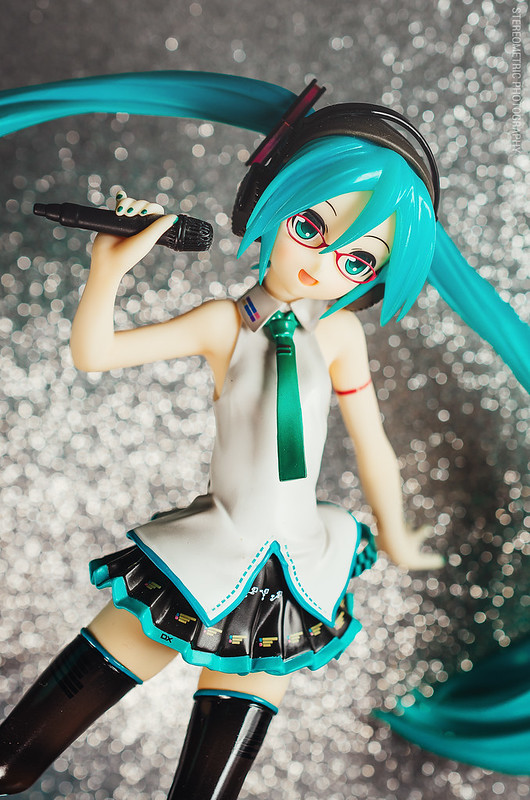 The basic set up to achieve this effect is using a handheld mirror (purchased from Daiso) as a reflector, a desk lamp place underneath the figure (diffused using either white fabric or tracing paper) and playing around with an external flash or ambient light. 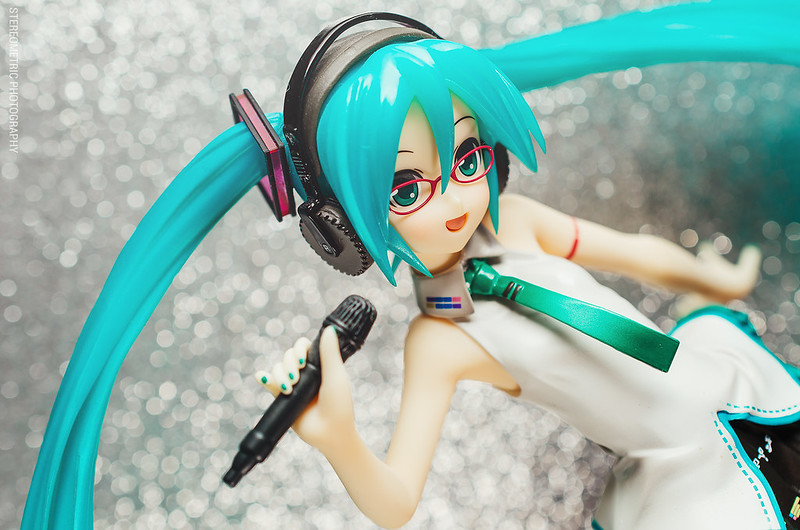 The rest of these photos were taken to celebrate Honoka’s birthday, which is August 3rd! To get the orange-ish glow (Honoka’s image color) I used 2 x10II King Blades set to orange and placed them underneath her (found another use for them besides concerts) 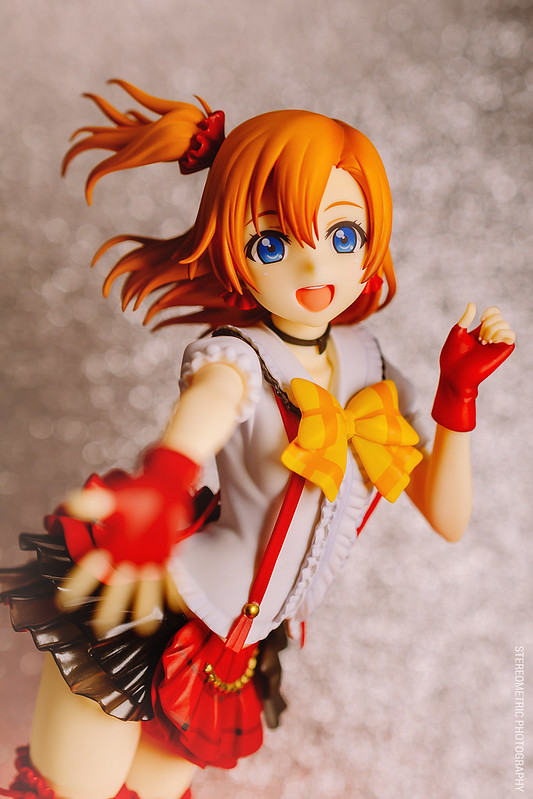 I wonder if Good Smile Company plans to make figures of the other girls? Because this Honoka turned out really nice and it would be a shame to have her be alone. 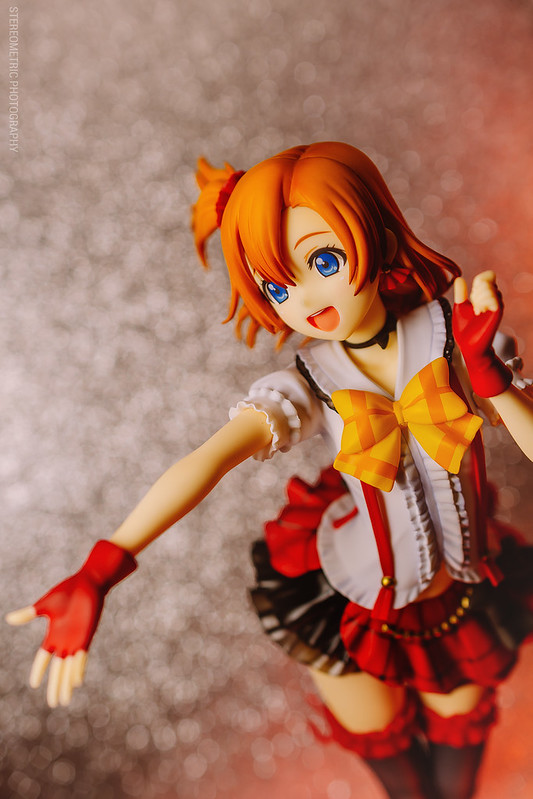 There were a lot of people celebrating Honoka’s birthday on twitter! Lots of fanart and people making Honoka shrines lol 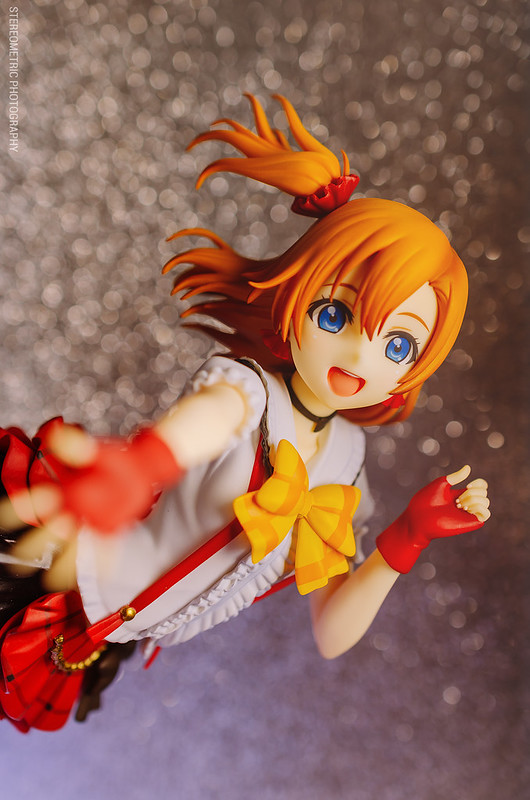 I posted a lot more photos onto my Flickr account but I think you’ve probably seen enough glitter photos for a while.

While this post wasn’t really a review I thought you all would enjoy seeing what I was up to! I might do another artbook review next since I haven’t done one of those in a while. Plus, I just received Nishigori Atsushi’s Telegenic! artbook