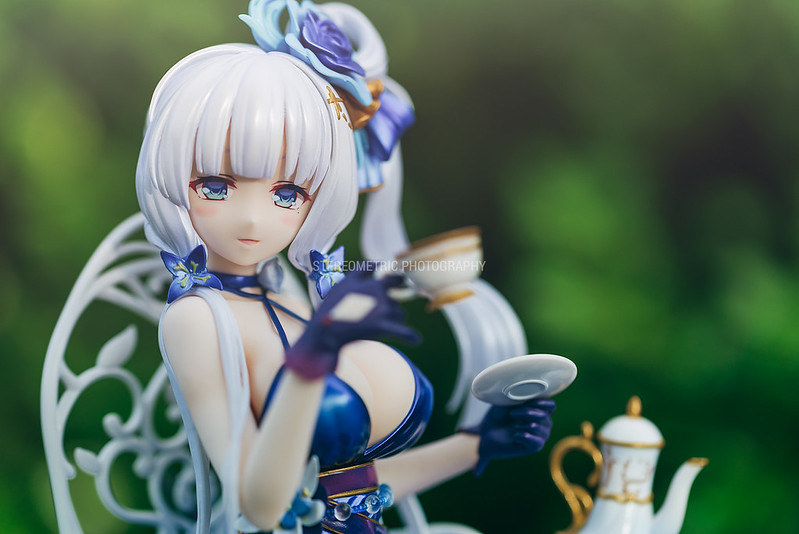 First figure review I’ve done in awhile. A few changes that happened in the 3-4 years since I last I did reviews. 1) I upgraded to a full frame and 2) I recently bought a 90mm macro lens to replace the 40mm one I used on my initial reviews.

Today we’re going to be looking at Kotobukiya’s 1/7 Illustrious – Endless Tea Party ver. You might recognize her from Azur Lane. 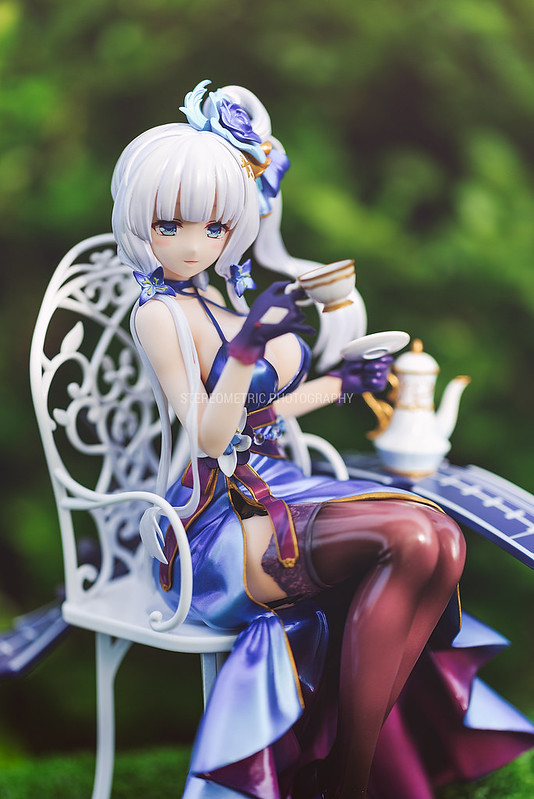 I’m gonna admit I briefly touched Azur Lane mainly as a way to somewhat fill a void left by Kancolle but sadly it was a reminder that I don’t have a lot of time to dedicate to grinding games nowadays. Despite that I still love the character design and art. 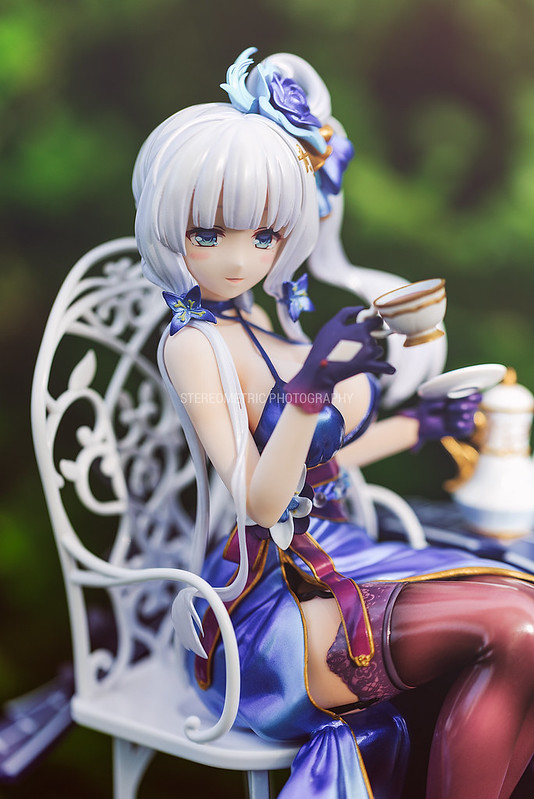 The Azur Lane figures have been kind of a hit-or miss for me, but lately a lot of my favorite companies are producing figures. This particular version was a Kotobukiya shop exclusive, and I missed out on the initial preorder. However I found a preowned version on AmiAmi. It was rated “B” for box damage but usually that means it’s just a small dent lol. When I received it in the mail I actually think it hasn’t been opened at all. Either way glad to finally have it. 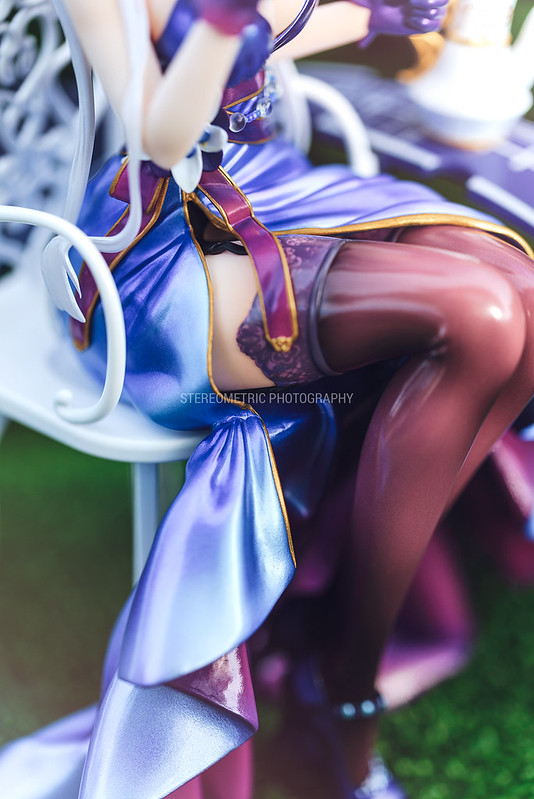 Kotobukiya’s quality is also a bit of a hit-or miss with me. They have nice sculpts and prototypes but usually fall short when it comes to paint quality control. You might be able to tell that there are occasional paint splotches and some seams are visible. (I admit I did doctor some of these photos with spot healing brush due to the method I use to sharpen them) 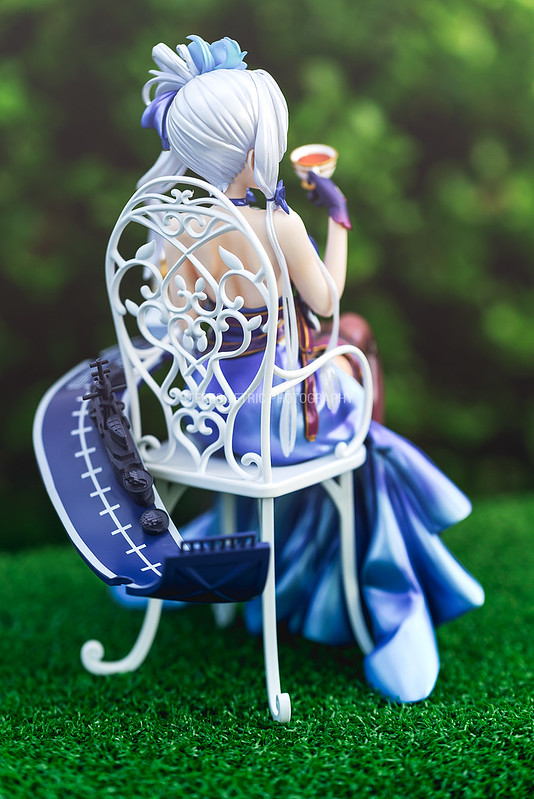 My greatest fear while taking this figure out of the box was how… light the chair felt. Thankfully most of the weight is centered in Illustrious’ dress and she can stand alone without the chair. Regardless I love the details molded into the chair. 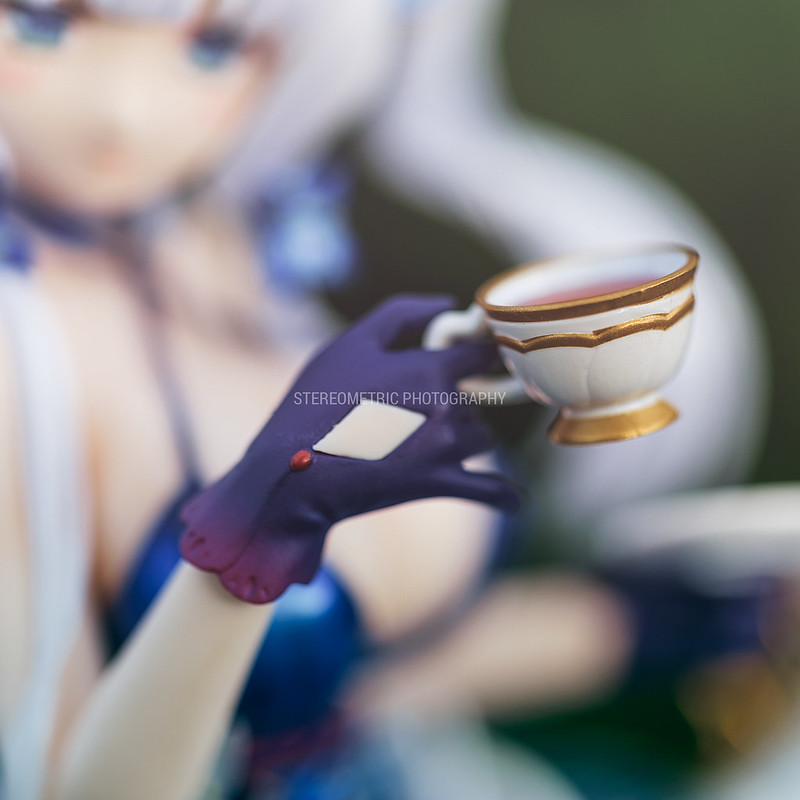 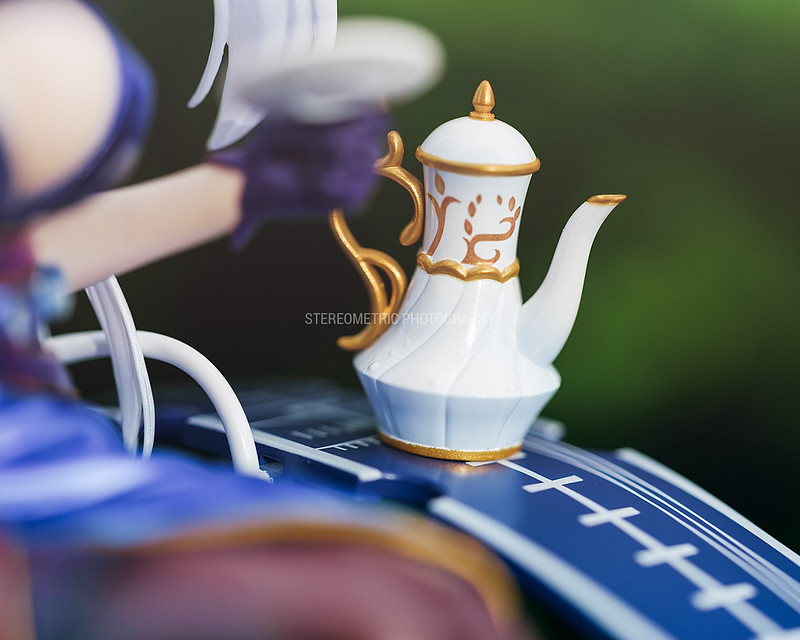 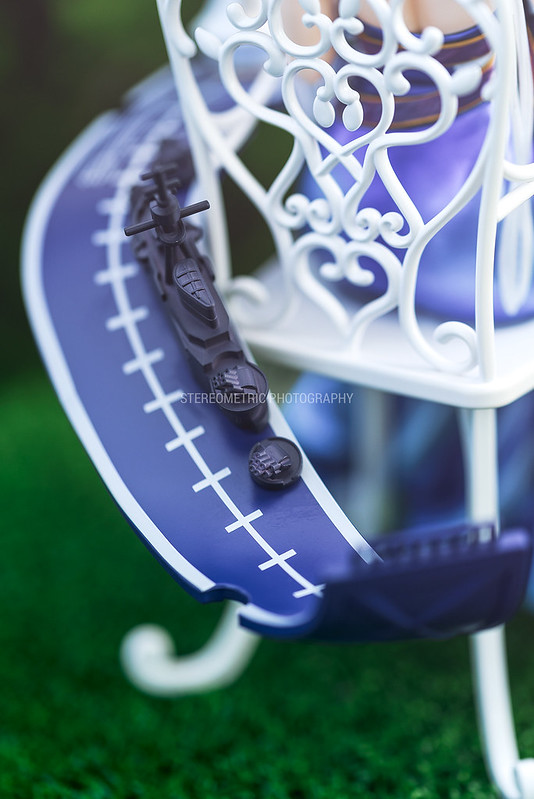 Assembly was relatively simpler than I thought? The main pieces are the figure itself, the chair, the saucer/cup, and her runway. The saucer/cup are pretty straightforward and the runway is cleverly snapped into the chair. It’s engineered quite well and not second-thought like a lot of figures are. 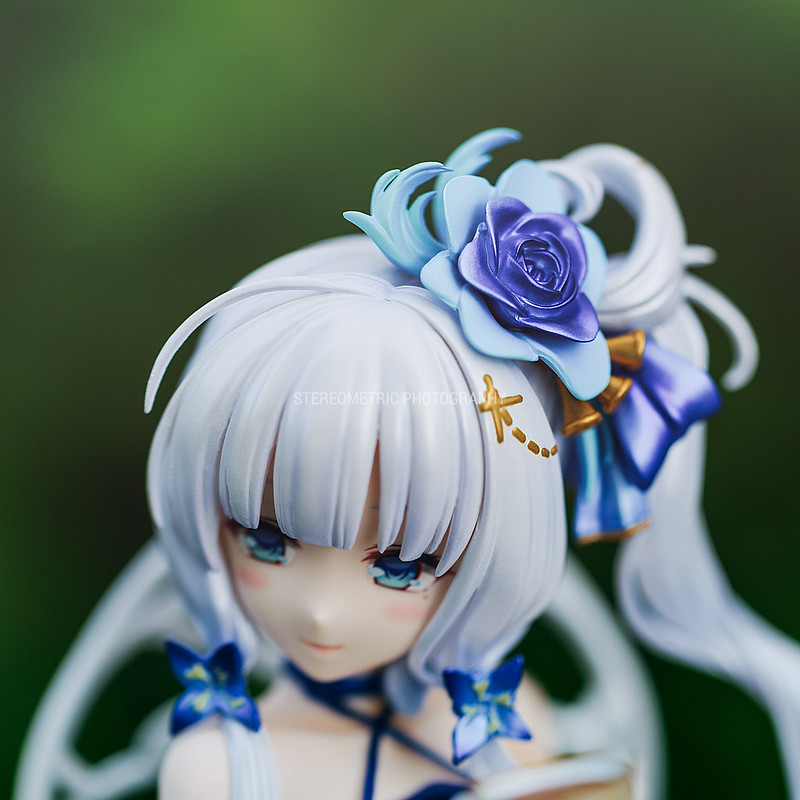 The little details could be sharper but I do appreciate the straight-forwardness of how this figure was sculpted and built.

If you are a big Azur Lane/Illustrious fan, there aren’t many quality figures out there yet (however they’re starting to come out) but this is definitely a nice one to add to your collection.

Hope you enjoyed this little review! Stay tuned for another one.