Time to dust off this blog! I was busy with preparing stuff for two conventions so I didn’t get much of a chance to do some figure shoots or write ups.

Last week I was in Los Angeles to attend Anime Expo so here’s a small blog post to share my experience this past weekend! 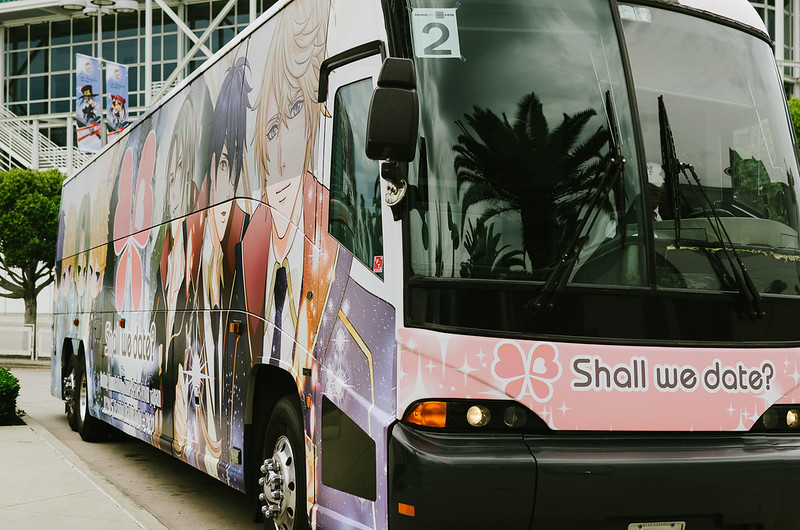 one of the buses was sponsored by an otome mobile game company ww This was my 2nd time at AX, the last time I went was 2 years ago. In some ways the experience was the same and in some was it was different and both were good. I remember the first time I went to AX I didn’t know what to expect so I was pretty overwhelmed from by the crows and lines (the largest con in Texas is nothing compared to AX) so this time I planned out my activities and wrote up a schedule. Definitely helped. 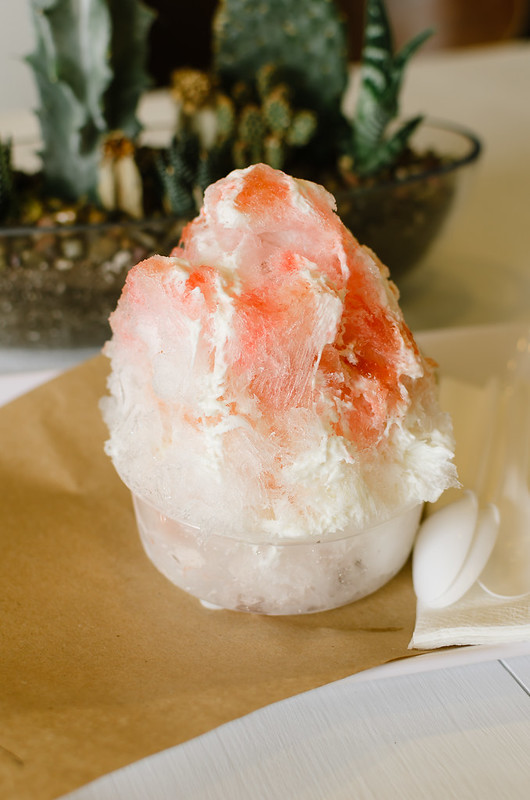 I flew in on Wednesday mainly for Day 0 badge pickup and to also check out Little Tokyo (no surprise). Our friend took us to Cold Rush, a shaved ice/kakigori place! We tried matcha green tea and strawberry cheesecake. It was so fluffy and sweet~ I kind of wish I tried more flavors but there’s always next time.

After our adventure in Little Tokyo we went to the convention center to get our badges. We passed by earlier around noon when the lines opened and it was crazy! When we came back around 5/6pm there was no line and I got my badge in minutes! I think the new badge system with the QR scanners was really good, and the plastic badges were definitely a nice change. Last time I was there they were still printing those paper badges on the spot. 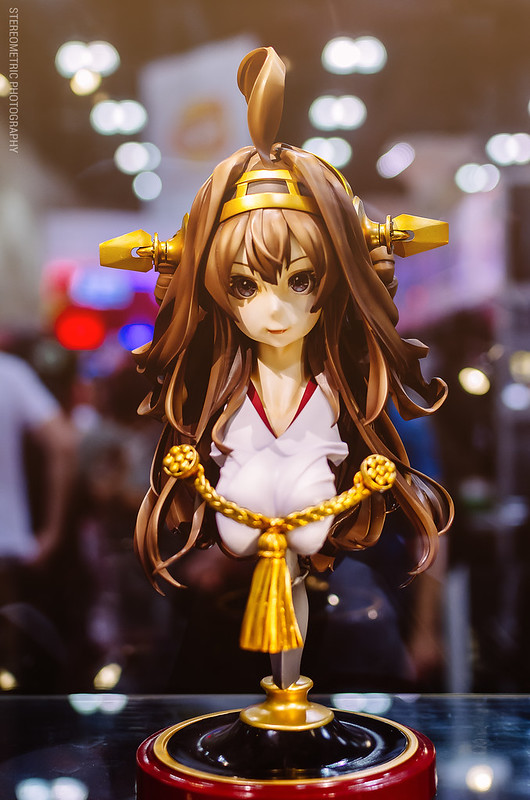 The Kongou bust is really nice in person. For Day 1 I think I spent a good half of the con waiting in GSC’s line for exclusives. Howevever I got to meet Mamitan in person and she was super sweet and awesome! 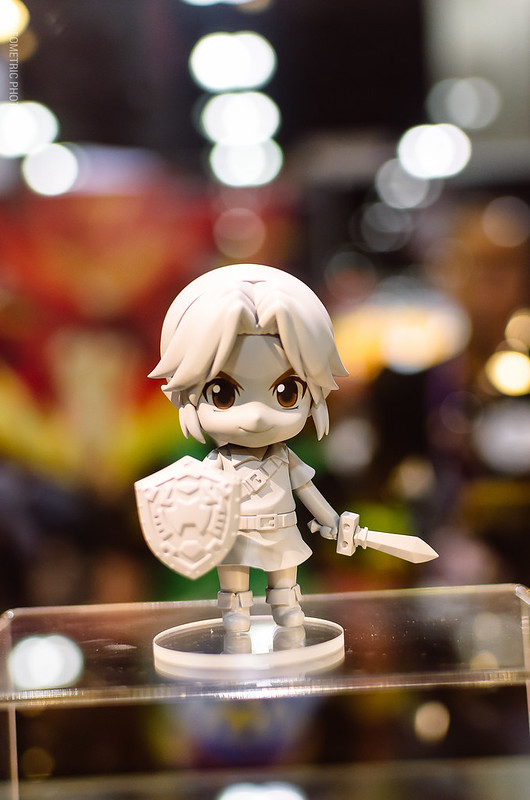 I also managed to attend the GSC panel hosted by Mamitan and President Aki and I won a new Sakura Miku: Bloomed in Japan nendoroid! I was so excited when they announced my name I let out this loud squeal. I’ll be hopefully sharing photos in the next post or so. 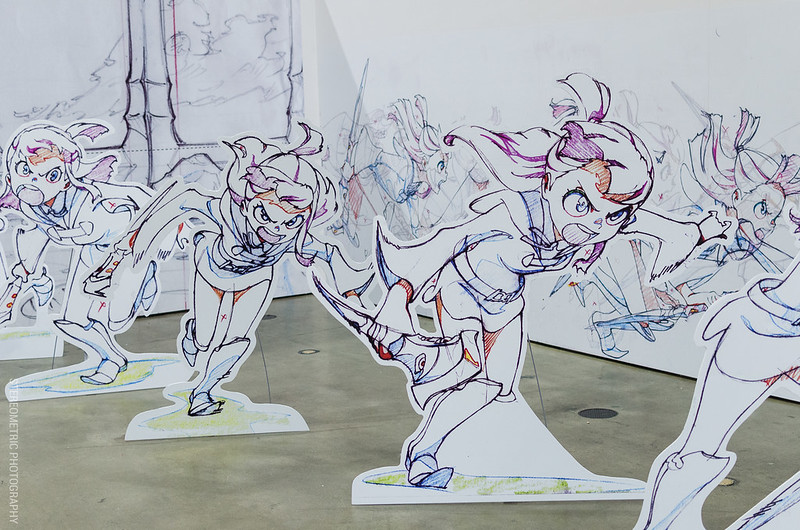 Other highlights from day 1 include stopping by the 500 nendoroid exhibit and the Little Witch Academia exhibit in the entertainment hall! Day 2 was mainly my “explore exhibitor’s hall and artist alley” day since I didn’t get to do that on day 1. I was really bad about taking photos this year. Next time I go I need to make it a point to go to the lobbies and photograph all the really nice cosplayers. 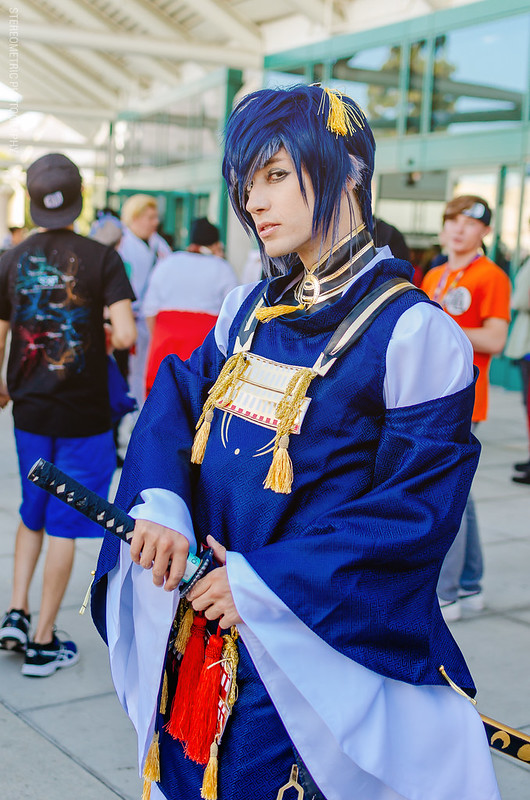 Touken Ranbu cosplay! Here’s a Jiji I found while waiting in line. 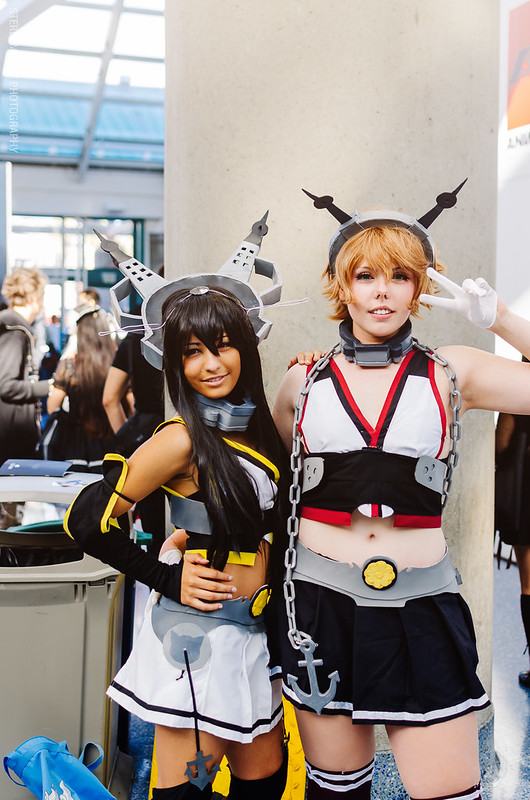 This Nagato and Mutsu were really good! They didn’t move from that spot for at least a few minutes because they were so popular. 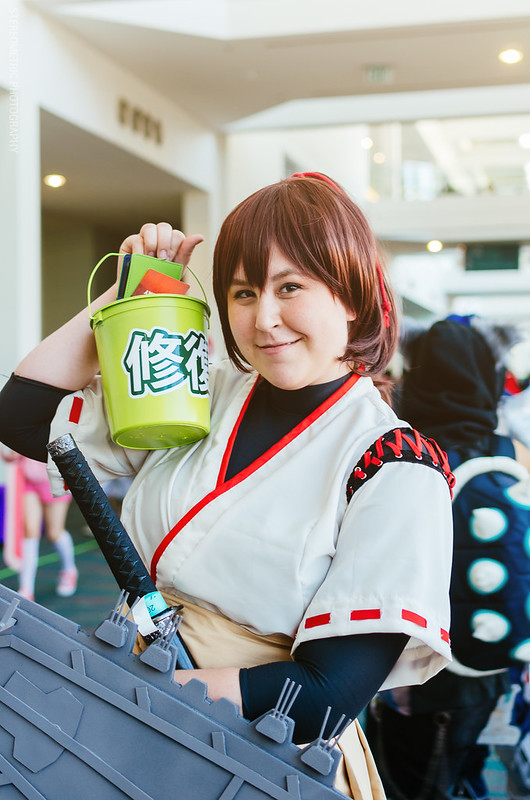 Cute Ise! I wish I could’ve gone to the Kancolle gathering. 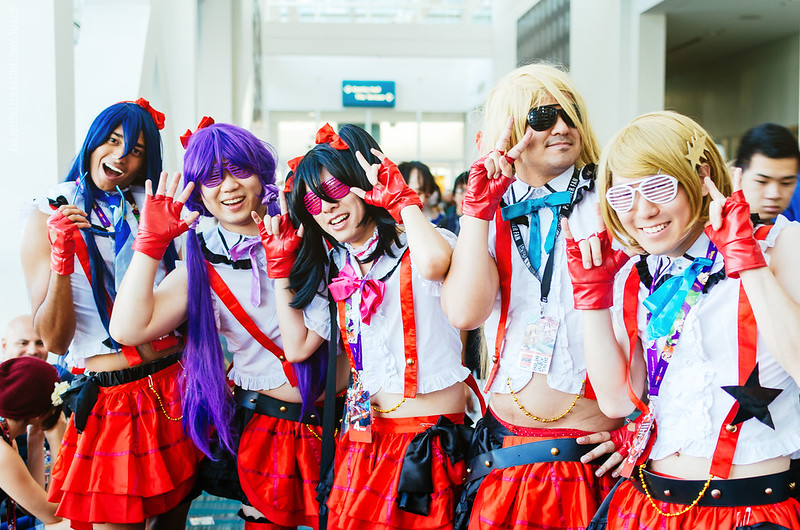 My friends as “Swag Live”. I wanted to stop by the Love Live gathering just to see but it had so many people that I ended up only seeing the outskirts.

Day 3 felt like a blur. Mainly because it was concert day. I went to both the IA/Wagakki concerts and the Love Live ~Endless Parade~ screening. Sadly I wasn’t allowed to bring in my camera so no photos from that event. Definitely invested in a light pen after attending those two concerts. Thanks to my friend Meta I also got to hang out with some Love Livers at an izakaya after the concert screening!

Day 4, last day, was mainly going to the No Game No Life gathering and finishing up some shopping. Otherwise it was a pretty nice, relaxing close to AX. Since exhibit hall closed at 3pm we had the afternoon/evening to do some sightseeing. 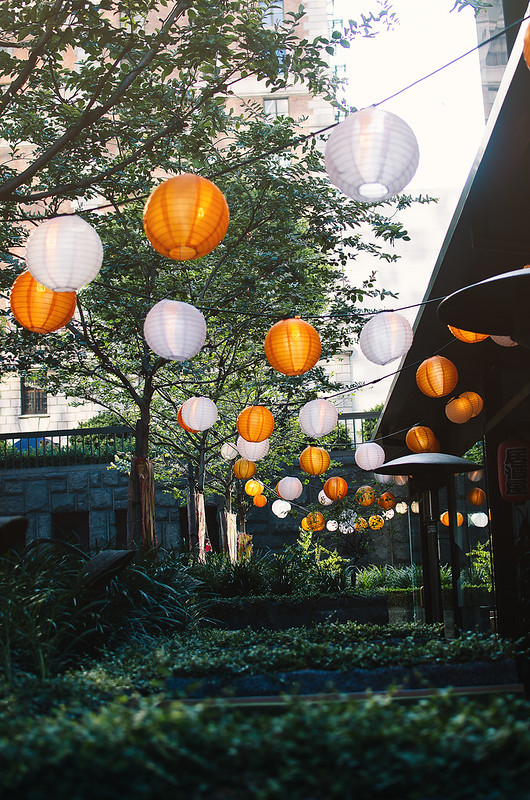 My boyfriend and I always passed by this restaurant called Chaya everytime we walked back to our hotel so we decided to try it out on our last day. 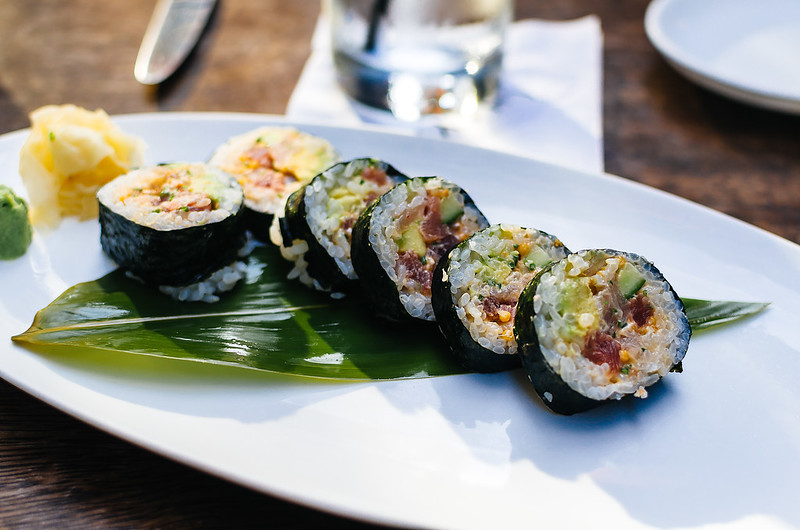 We decided to splurge a little bit and try their special 4-course meal for July 4th. it was sooo good! 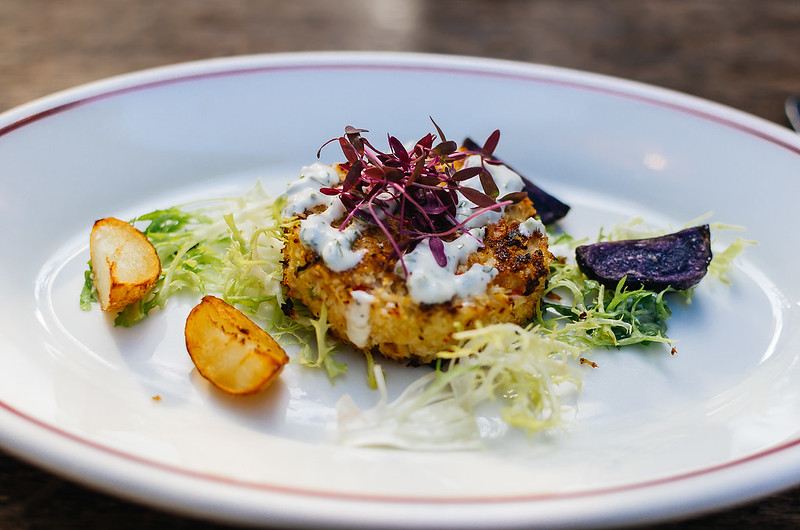 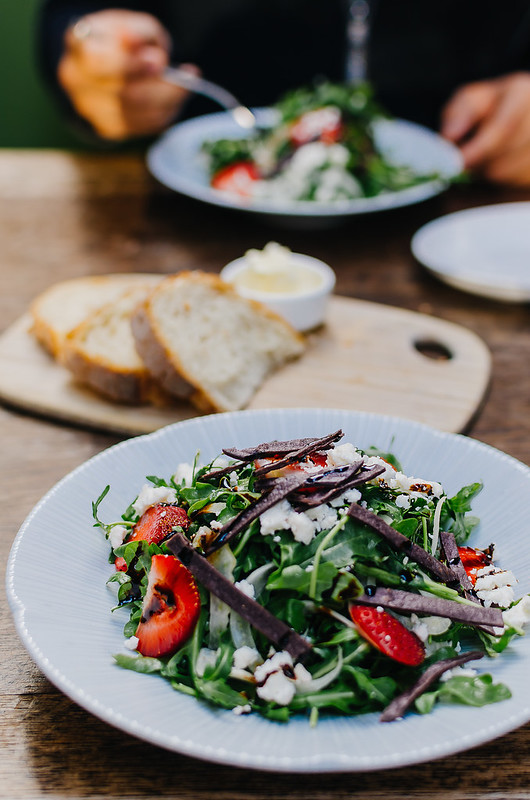 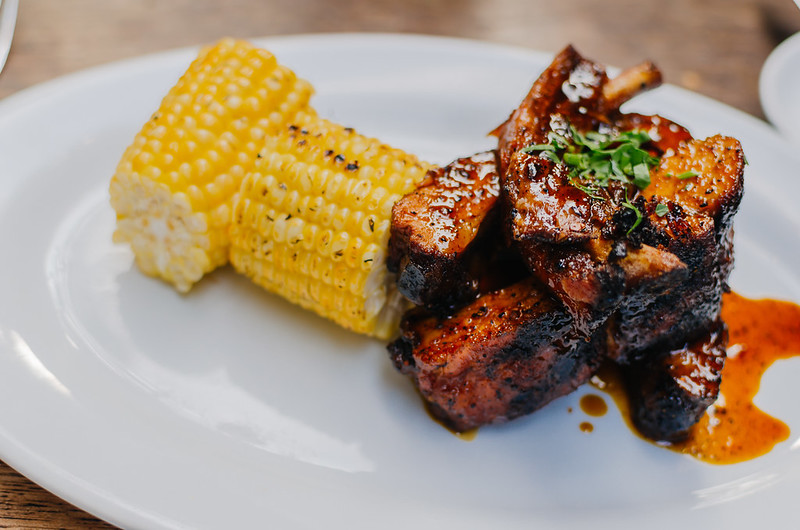 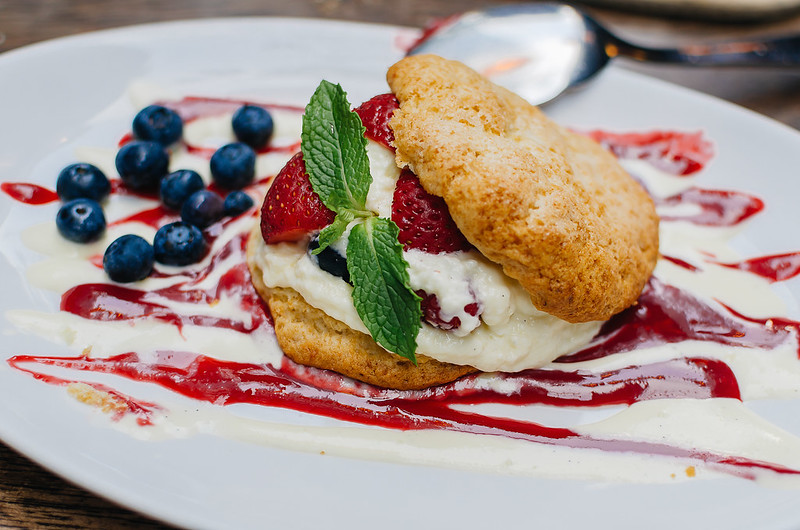 I forgot what this dessert was called. But it was berries and a crumbly pastry. I love how the sauce and berries were arranged to look like the American flag! 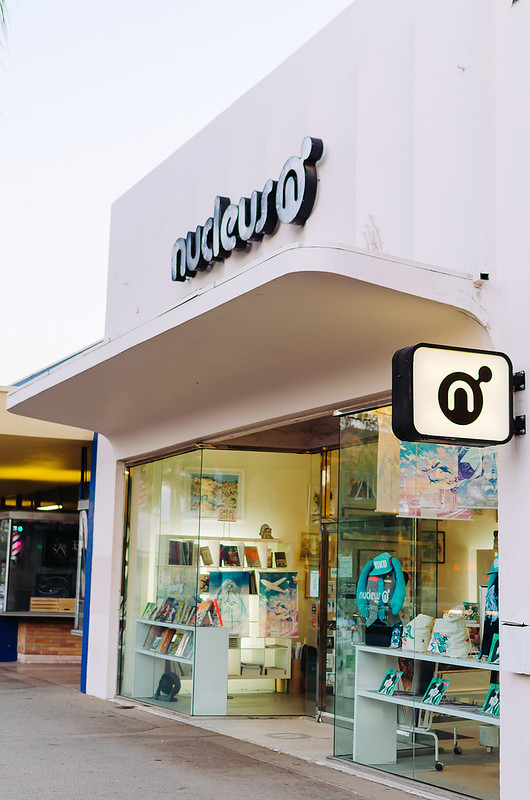 We also stopped by the Miku art exhibit at Gallery Nucleus. We didn’t realize the gallery closed at 8pm (we thought it was closing at 10pm) so we got about like 10 minutes to look around but it was really cute! 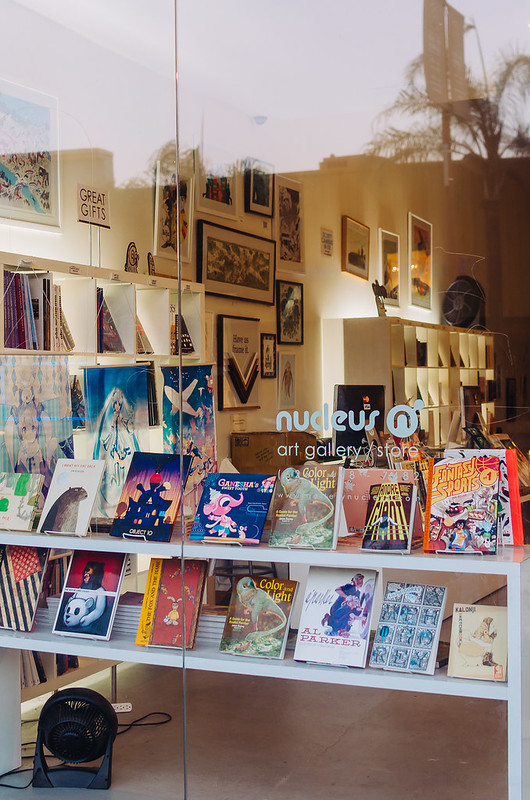 They also have a lot of exclusive Miku merchandise on sale. I ended up just buying a postcard set while my boyfriend bought the gallery catalogue. I kind of regret not getting that cute Snow Miku wallscroll as well… but maybe it was a good thing we had limited time or we might’ve bought the whole store.

Sorry for the short entry, I kind of wish I took a little more photos on this trip. Overall my LA and AX trip was a lot of fun! Next time I go I’ll probably plan an extra week to do some sightseeing.

Next post will be back to some figures! I’ve got about a 2 month break until the next convention so I hope to get a few more entries before then!